Community is the Answer 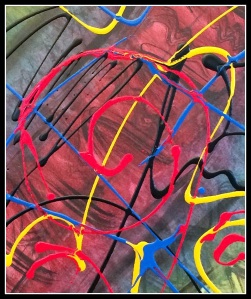 Capitalism vs. Socialism. One of the on-going arguments this political season, or probably any political season. The idea that it has to be one or the other, black or white seems to fundamentally miss the point. The answers certainly lie somewhere in an every shifting sphere that is life. But to focus on which one is right seems to focus on symptoms facing our society and perhaps not some of the root causes.

I mean the reality is that unfettered capitalism has already won. When 10 percent of the population already controls some 80% of the wealth the game is really already over. But I don’t want to talk about capitalism vs. socialism.

Because is that really the root cause of challenges we face? No. The ideas of capitalism vs. socialism are just symptoms that are easy to talk about. Fair enough. But if we do have to talk about symptoms let’s talk about the one that might lead us to the heart of the matter: our consumer economy.

Consumer economy: a thinly veiled reference to our addiction to materialism, to the accumulation of money and things. We’re not afraid of losing capitalism. We’re afraid of losing our ability to fuel the need to acquire. Because then what would we have? Where would we find fulfillment?

Just look around you. Retail therapy: rampant and an addiction and manipulation of serotonin. Drug abuse, gambling and obesity: addictions to dopamine. We’ve totally gamed the brain’s happiness chemicals. They are horribly out of whack and dependent on dopamine and abuses of serotonin to give us unsustainable and fleeting moments of happiness. (See here for conversation by Simon Sinek around the brain’s happiness chemicals and society. Also see here and here for articles on brain chemicals). There’s plenty of solid science out there around this. Go take a look.

But the crux of it that we either try to buy happiness, consume it or game it. But all these miss the key to sustainable happiness: fulfillment and human bonds.

Well, it goes back to survival and community and cavemen. Communities were formed to help us survive. To survive against the elements, to survive against wild animals, to survive against starvation. We created leaders to protect us from attack. We protected each other from attack. We worked together to gather crops and makes clothes. We taught each other skills. We did these things for the greater good, so we could wake up in the morning.  We helped each other. These activities created bonds. And when we do these activities our brains release oxytocin. And oxytocin makes us feel good. And when we have enough oxytocin we don’t need to game the system to get more dopamine. It inhibits addiction.

But now in America most of us don’t have to deal with basic survival on daily basis. So survival has been turned into competition, competition against others in the community. We all want a bigger piece of the pie, the American Dream. You are thrown to the wolves. Sink or swim. Eat or be eaten. So I don’t help you learn a skill. I don’t have your back. I don’t trust you. What have you done for me today? Everything I give you I don’t have for myself. My sole goal is to win for myself, to fuel my addictions. And we could go on and on.

Look around you. Competition has replaced community. Look at the absurd emphasis on sports. Even look at competition within corporations. A corporation should be a community trying to survive and thrive. Yet corporations are plagued with interdepartmental, myopic self-interest.

We are a country of 300 million individual communities competing with each other. Three hundred unfulfilled, unhappy communities riddled with addictions. And we don’t seem to understand why.

And so don’t be fooled into the misguided belief that either capitalism or socialism can replace the benefits of community. Community can survive within a particular social or political environment, but can they survive without community?

To evoke a smile. That's all. Author of "Methane Wars: A Fable" and "Lear's Fool" as well as various poems and some these painting things as well.
View all posts by joegergen →
This entry was posted in Freedom and tagged addiction, brain chemicals, capitalism, community, dopamine, materialism, oxytocin, retail therapy, serotonin, socialism, society. Bookmark the permalink.

1 Response to Community is the Answer