A Time To Innovate, A Time to Not 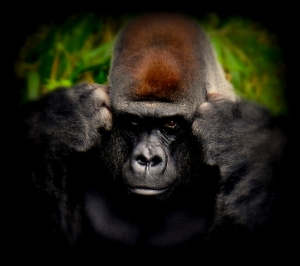 Urban Gorilla Program. That’s what I thought the headline read at the Como Zoo web site. How my brain managed to add the “Urban” part I don’t know. But the damage was done and could not be undone.

My first thought was that’s a really bad idea. And I think I’ll stick to that, but I got to wondering how such an idea could come to fruition.

Jurassic Park. That’s the debacle that came to mind. A fictional example as far as I know. It had good intentions though.

I can see the Urban Gorilla Program as a scaled down version of Jurassic Park. Taking the zoo experience to the people. A zoo without cages and fences. Zoos without boundaries.

There are lots of trees near the zoo. And lakes. Seems like a good habitat for the gorillas. I mean, they’re herbivores after all.

But ya know, gorillas are big, strong wild animals. Might be a problem if they get taunted or annoyed by a Darwin-award seeking human.

Maybe we need to tweak the Urban Gorilla idea a little bit. Instead of free range gorillas we could have substations or localized sub-zoos spread around the city. Just cage off a block or two of city park and get a simulated free range environment. Start with gorillas and branch out. Maybe some flightless birds. Penguins might be good.

Or we could get even more innovative and go with an Urban Guerilla Program. We would import some foreign rebels and let them use the zoo as a base of operations. Think of what we could learn from them. We could tag them, provide them with unnecessarily dangerous weapons and see how the local police handle it. Good training grounds for our officers.

So you see. Innovation can be good. You just need to make sure not to step over that line.

To evoke a smile. That's all. Author of "Methane Wars: A Fable" and "Lear's Fool" as well as various poems and some these painting things as well.
View all posts by joegergen →
This entry was posted in Freedom, Personality and tagged gorilla, hipster, innovation, risk taking, Urban Gorilla, urban guerilla, zoo. Bookmark the permalink.