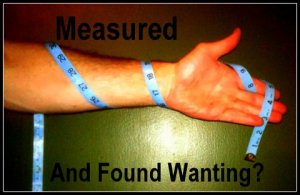 I am the opposite of a perfectionist. That is undoubtedly true.

What am I then? Apparently if you’re not a perfectionist you’re a rebel.  I found this out by searching for antonyms of perfectionism. Here’s a list of some of the antonyms:

I had no idea that’s what the world thought of me. I like the list because I like to think of myself as a rebel.  But on the other hand I don’t like it because it seems to imply then that perfectionism would be the norm. I don’t know. Maybe it is the norm. But that is so wrong. So misguided. I think I need to find a better word for the opposite of perfectionism. I’ll have to come back to that.

Fellow blogger Mirror of Encounters had a good entry the other day on perfectionism. You should check it out. It got me thinking about Perfectionism’s evil child: Expectations.

You hear the phrase “I have high expectations” or “I have low expectations” quite often. I’m always pausing to ponder when I hear these phrases because I’m always wondering what is the source of the need for these words to be uttered.

My first though was does it matter whether the comment is made about oneself or about another? At first I thought it did matter since in one case the word are being applied to judge oneself and in the other are being applied to judge someone else. But in either case it is about judging based on expectations you’ve determined to be the right ones. So perhaps it lands, like it so often does, in the lap of Ego: the strong belief that your expectations are infallible. Infallible might be a bit strong but it makes a good point.

My second thought was that in uttering “ I have high expectations” you’re letting me know that you’re expectations and standards are high, probably higher than mine, and in some cases higher than even you can expect to achieve. Or in the case of uttering “I have low expectations” you’re letting me know you’ve already passed judgment on yourself or another’s inability to meet said arbitrary expectations, and in effect saying I know these can’t be met but I want you to know that I prescribe to them because this somehow elevates me above you. And so again, we are back to Ego.

OK, it’s getting a little deep in here and I’m in danger of getting lost in my own minefield but I will slog on because I think I’m coming to a point, or a pint, as I originally typed.

Organic. That’s the word. That is the opposite of perfectionism.  I am Organic. And if in exercising my organic nature I’m labeled a rebel, then I embrace that.

I will evolve. Will you? I have high expectations for you.

To evoke a smile. That's all. Author of "Methane Wars: A Fable" and "Lear's Fool" as well as various poems and some these painting things as well.
View all posts by joegergen →
This entry was posted in Freedom, Personality and tagged absolute, ego, evolve, expectations, organic, perfectionism, perfectionist, rebel. Bookmark the permalink.