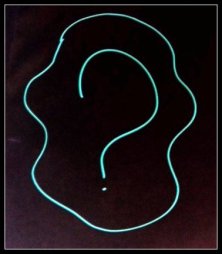 I lack doubt. It might seem strange to just blurt this out but I don‘t inherently doubt. Once I started to think about that this lack of doubt it began to pop up everywhere.

I tend to believe in the things I am hearing or seeing. Now I’m not talking about blind acceptance. My rational mind is adept at telling me if things don’t add up. It has to make sense.

Lack of doubt isn’t trust either. While I can suspend doubt, trust must be earned. Trust comes from experience. Trust comes from knowing you well enough to believe that you will act in accordance with who you are. I trust that in a given situation you will act in a certain way. It’s not a moral judgment. Your action in the situation might be favorable to me or it may not and thus I can make a choice. That’s where doubt comes into play. If I have confidence in my evaluation of trust then I don’t have doubt.

Maybe that’s where the phrase “benefit of the doubt” comes into play. I am choosing not to doubt even though my confidence in my trust tells me I should. Or I just don’t have enough information to process. Either way I suspect it is a gamble. I tend to gamble too much.

The place where I think this lack of doubt comes most into play for me is in the area of self-doubt. I don’t have much self-doubt. As long as my thoughts or plans or actions make sense I don’t doubt them. I extend that same lack of doubt to myself that I do to others. That just makes sense to me.

Now not surprisingly this lack of self-doubt has positives and negatives.

The positives. I can just make decisions and move on them. Not a lot of over analysis or fear of failure. Because who’s going to fail? Not me. Of course, failures do occur for whatever reason. You just make adjustments and move on. I can work with that. It’s better to get it right than be right.

The negatives. People view this lack of self-doubt as arrogance or being cocky. I assure you it is not. But if I’m dealing with people who have strong self-doubt, this can be an understandable perception. I apologize to those who feel this way.

Though I must admit that my Achilles heel is when people doubt me just to doubt (or at least that’s the way I see it). I get when people question assumptions or facts or logic. But just this expression of vague doubt that the plan will work, gets under my skin. I know I shouldn’t let it. I should better understand this expression of doubt. I should strive to calmly dispel the doubt. Because I want there to be trust and trust won’t build if I bristle at the doubt. I need to work on this.

To evoke a smile. That's all. Author of "Methane Wars: A Fable" and "Lear's Fool" as well as various poems and some these painting things as well.
View all posts by joegergen →
This entry was posted in Freedom, Personality and tagged benefit of the doubt, doubt, naivete, self-doubt, trust. Bookmark the permalink.

2 Responses to Without Doubt