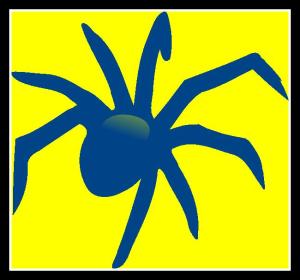 Unseasonably warm fall days make for a wonderful precursor to the coming winter. You feel as if you are out of time or space with the sun low on the horizon and the temperatures high on the thermometer. And with the warm temperatures come a longer growing season. The peppers in my garden are still thriving after a rough summer.

Unfortunately, plants aren’t the only things that thrive during warmer weather. So do cold-blooded creatures, especially cold blooded creatures like spiders. In fact I hear there is a spider lobbying group working hard to discredit the climate changers who want to slow down the global warming. Issues with the ozone layers are nothing compared to the spider invasion that could occur. I hear Al Gore and Michael Moore are teaming up to do a documentary on the political influencing of the spider cartel. I sense a web of deceits will be spun in this one.

I’ve already seen signs of the spider apocalypse. Just this morning a crafty spider was hiding in my coffee cup. Good thing I was somewhat awake because I don’t usually check for those things. Choking down a breakfast spider would’ve been a rough start to the morning.

Not convinced. Yesterday I was painting the trim on the back door. Spiders were coming out of the woodwork like I was having a sale on dead flies. I tried to ignore them but I’m sure more than one died the painful suffocation by enamel paint death.

Not convinced. The other day I was getting in my car and the passenger side seat was enveloped in a huge spider web with Charlotte herself sitting in the middle waiting for me. Thank goodness I didn’t have a passenger. They would have been a goner for sure.

I don’t usually kill spiders. They do such a good job eating much worse critters. But at some point I am going to have to put up the “No Vacancy for Spiders” sign unless they agree to ink a contract that specifies they take out the noisy crickets first. Those meddlesome crickets are cold-blooded as well so this won’t be an easy task for the spiders.

To evoke a smile. That's all. Author of "Methane Wars: A Fable" and "Lear's Fool" as well as various poems and some these painting things as well.
View all posts by joegergen →
This entry was posted in Entertainment, Personality and tagged climate change, fall, global warming, spider web, spiders. Bookmark the permalink.

2 Responses to Spiders Amongst Us